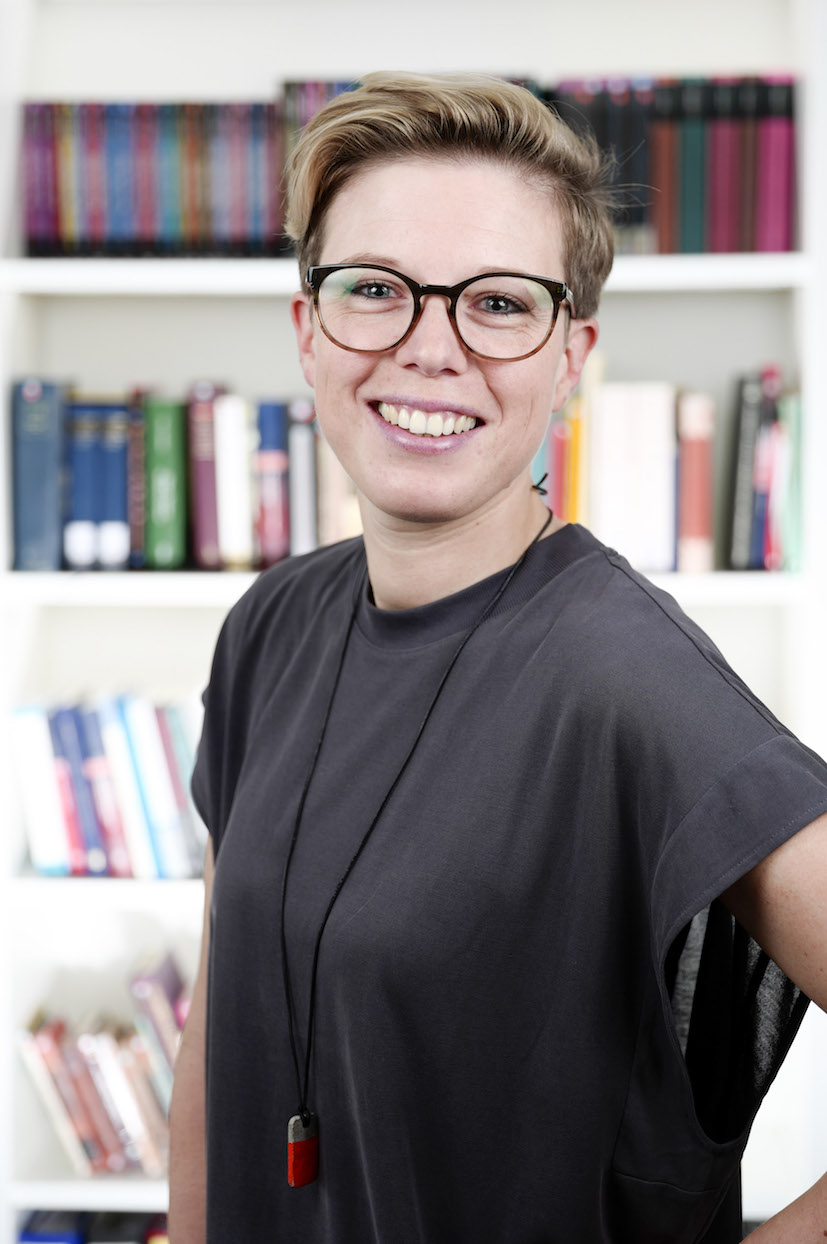 I am an American Studies scholar and lecturer (wissenschaftliche Mitarbeiterin) at the Obama Institute. My research interests include Queer Studies, Critical Age(ing) Studies, and their intersections, Gender and Sexuality Studies, Feminism, Film and Cultural Studies, Critical Race Theory, and Indigenous Studies. I am further interested in studying the cultural relevance of sports and the emerging specialty field of Los Angeles Studies.

In 2019, I received my PhD in American Studies from the Obama Institute at Johannes Gutenberg University Mainz. My dissertation was awarded with the Johannes Gutenberg University Mainz Award. My first monograph “Time(s) of Lives” (Universitätsverlag Winter, 2021) discusses non-normative temporalities and queer age(ing) and kinship narratives in contemporary U.S. American culture and examines in how far they can modify dominant conceptions of time, age(ing), affect, and belonging.

I also hold an MA in American Studies, German Philology, and Applied Linguistics. From 2005 to 2006, I completed an ERASMUS exchange to the Université Jean Monnet Saint-Étienne, France. In 2012, I attended the Harvard Institute for World Literature (IWL).

I have presented my research at national and international conferences in Europe, Canada, and the United States, including annual meetings of the American Studies Association (ASA) and the Modern Language Association (MLA).

In my teaching, I focus on contemporary literary and cultural issues such as “Gender in Contemporary U.S. American Culture in the Age of #MeToo,” “Age and Aging in North American Fiction,” “Queer Cinema,” or “Still Queer? Queer Studies in Theory and Practice in the 20th and 21st Century.” I also teach classes on American cultural, political, and intellectual history from the early 16th until the late 19th century.

My further work responsibilities include a variety of PR-related tasks. I planned and executed the launch of the Obama Institute’s new website and I am also a staff member of the Institute’s PR team.

Additionally, I have been working as a freelance journalist for television, print, or digital media (e.g. ARD Sportschau, WDR Fernsehen, RTL Television, sueddeutsche.de, International Paralympic Committee) and, since 2017, as a publicist and press coordinator for the Berlinale, the
Berlin International Film Festival.