Throughout its history, the American short story has been praised either as a highly polished gem or condemned as literary fast food. Despite such rise-and-fall predictions, the short story has always been a demanding form. Its narrative economy in terms of time and space records decisive, intimate moments of life that give the American Short Story a broad social resonance. As such, the short story offers a vibrant field of research. There is a renaissance in progress not only in terms of the short story’s productivity but also in terms of innovative theoretical questions. The current state of research is, however, probably best described as “ripening.”

We are delighted to announce that Lorraine López (Vanderbilt University) will give the opening keynote address on Thursday, October 5.

We are also pleased to announce that Kasia Boddy (University of Cambridge) is the second keynote speaker on Friday, October 6. 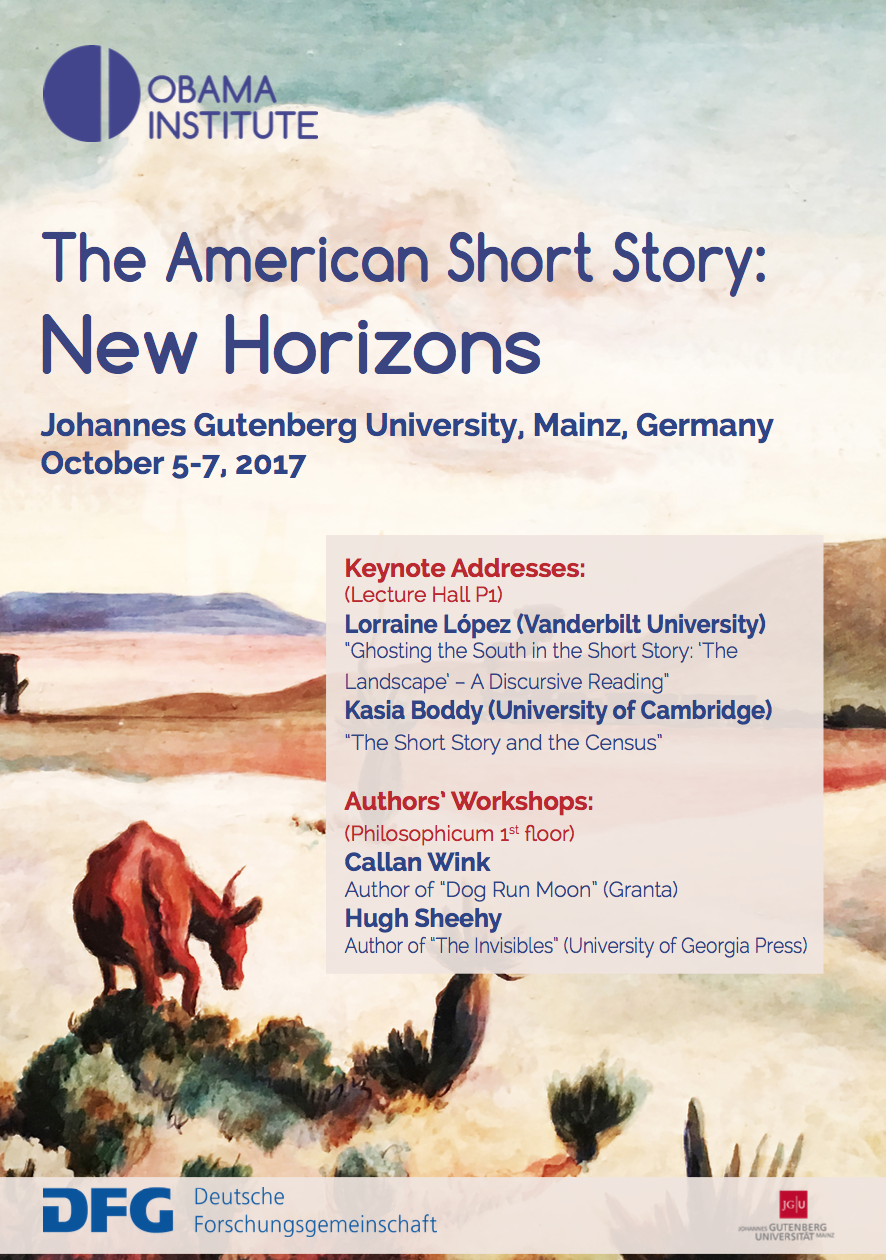