In my research and publications, I practice approaches from various fields. I published monographs on economy in the grammatology of Jacques Derrida and on filmic autobiography and temporality. In presentations, articles, and as a co-editor, I have treated works of literature and the arts from a range of periods and genres and involving diverse angles of literary and media theory.

I enjoy the pursuit of postdisciplinary perspectives and the negotiation of methodological nationalisms. The comparativist discussion on world literature in postcolonialism and decoloniality studies as much as applications of Anthropocene studies, posthumanism, and Earth system theory in the study of literature and media appeal to me greatly. A graduate seminar paper I wrote at the University of Mainz sometime in the mid-1990s used Humberto Maturana and Francisco Varela’s biological theory of autopoiesis for the study of literature. Currently, my research mainly concerns material entanglement theories and semiotics in the blue humanities.

I supervise thesis papers and dissertations in American Studies and Comparative Literature, and generally in literary, media, and cultural studies and theory. 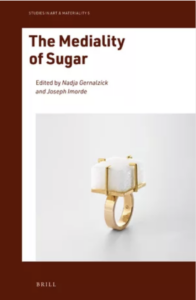