From the JTAS page at Stanford:

The Journal of Transnational American Studies (JTAS) is an open-access peer-reviewed online journal that seeks to broaden the interdisciplinary study of American cultures in transnational contexts.

Founded in 2009 by Shelley Fisher Fishkin (Stanford), Shirley Geok-lin Lim (UC-Santa Barbara), Takayuki Tatsumi (Keio University), and Alfred Hornung (Johannes Gutenberg University, Mainz), JTAS functions as a forum for Americanists in the global academic community, where scholars are increasingly interrogating borders both within and outside the nation and focusing on the multiple intersections and exchanges that flow across those borders. JTAS is a critical conduit for bringing together innovative transnational work from diverse but often disconnected sites in the US and abroad. It features a range perspectives from across the disciplines—including cultural studies, literature, history, film and new media, visual arts, performance studies, music, religion, politics, and law—in work that often engages issues of ethnicity, race, gender, sexuality, and class. Contributors have included multimedia artists, filmmakers, photographers, poets, novelists, and curators, as well as scholars.

JTAS is published by the University of California Digital Library.  In order to facilitate the broadest possible cultural conversation about transnational American Studies, JTAS is available without cost to anyone with access to the internet. Notably, the Library of Congress has selected JTAS as one of a handful of online journals to be housed in the Library’s permanent archive of electronic publications.

Please find below the “Issue Introduction: Turning a Transnational Corner” from the Journal of Transnational American Studies 11(2), in which the editor-in-chief, Nina Morgan, welcomes the Obama Institute: 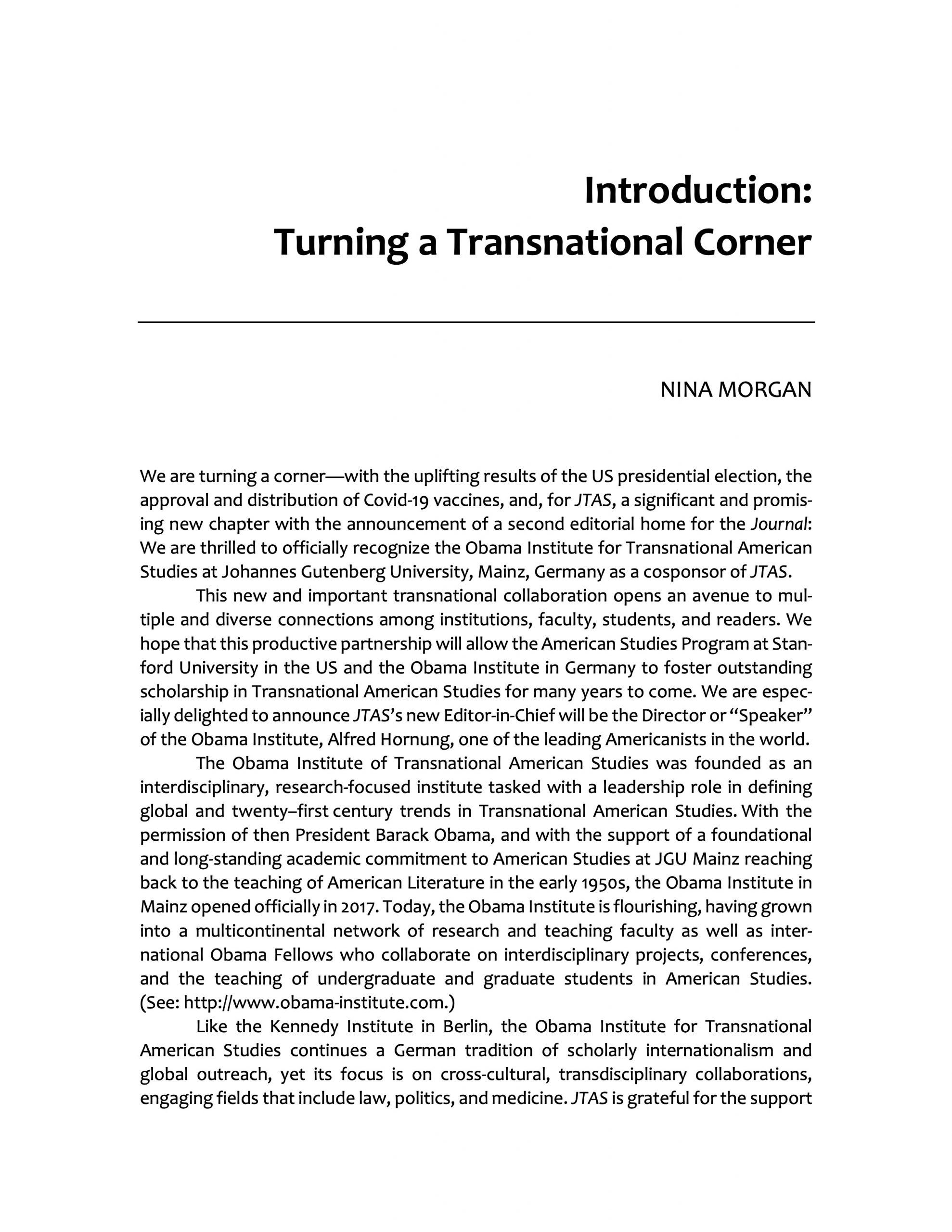 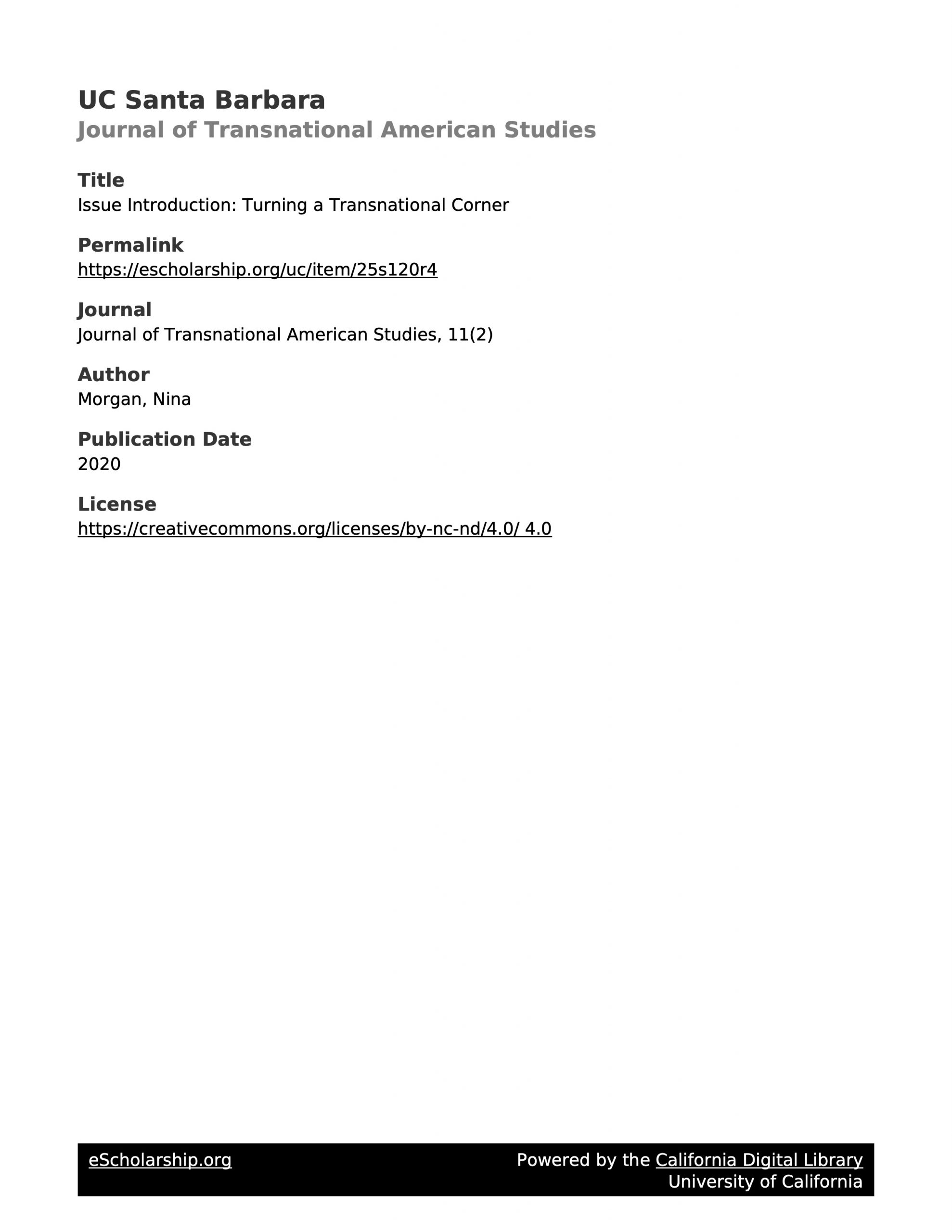