The panel, “Fake News! The Media Debate in the United States,” will take place on January 17, at 6 pm, in the conference room (135) of the Helmholtz Institute, Staudingerweg 19, Johannes Gutenberg University Mainz.
Since “fake news” is an oft-used term in contemporary debate, used to both criticize shortcomings of the information age and employed as an accusation that discredits some media outlets, we want to engage the issue from several perspectives.
The panel will include Mark Galli, the editor in chief of the evangelical Christianity Today (who will be in Mainz for the workshop on religious magazines), who will speak to the question what challenges the “fake news” debate brings to religious journalism and how he and his staff address it. The panel will also include Dr. Philipp Reisner from the University of Düsseldorf – who will provide historical context on the debate, Dr. Torsten Kathke from the University of Mainz – who will discuss the role of social media, and Dr. Damien Schlarb – who will focus on “fake news” as a cultural phenomenon helped along by economic and technological factors. Students Sandra Meerwein, Benedikt Schneider, and Sophia Martin are ready to lead the discussion with questions and examples from today and from history.
You can find the poster for the event here.

4th of July Celebration 2018 at the Obama Institute

The second annual 4th of July celebration at the Obama Institute picked up on Frederick Douglass’s famous oration, ”What to the American Slave Is the 4th of July?” 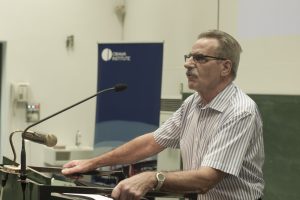 Obama Institute Speaker and board member Prof. Alfred Hornung made this connection in his introductory remarks. He welcomed Obama Fellow Prof. Celeste-Marie Bernier (University of Edinburgh) who held an engaging lecture titled “Suffering, Struggle, Survival: The Activism, Artistry, and Authorship of Frederick Douglass and Family (1818–2018).” 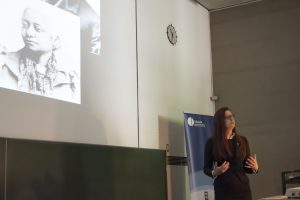 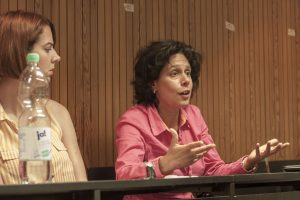 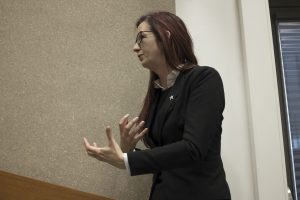 After lunch, the poster exhibit once again presented institute research to the public. Faculty members, graduate students, and students of the Obama Institute answered questions about their current research projects. 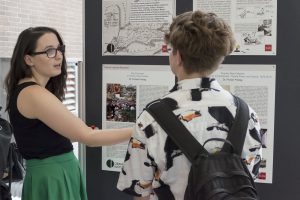 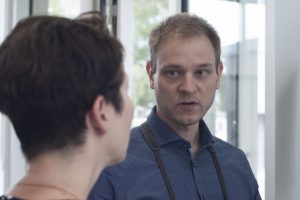 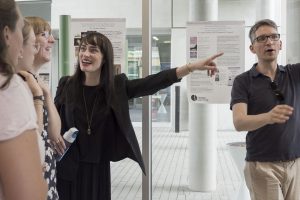 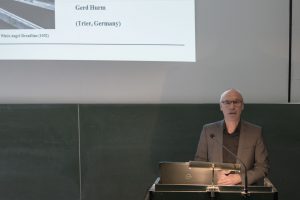 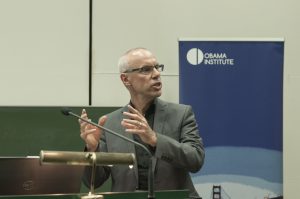 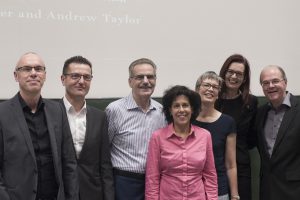 A joint summer fête of the department bookended this year’s 4th of July. Board members, students, and faculty continued discussions about the topics touched off by the day’s activities. 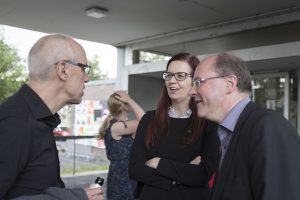 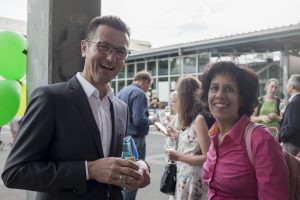 While there have been many Frederick Douglasses – Douglass the abolitionist, Douglass the statesman, Douglass the autobiographer, Douglass the orator, Douglass the reformer, Douglass the essayist, and Douglass the politician – as we commemorate his two-hundredth anniversary, it is now time begin to trace the many lives of Douglass as a family man. In this talk I will trace the activism, artistry and authorship of Frederick Douglass not in isolation but alongside the sufferings and struggles for survival of his daughters and sons: Rosetta, Lewis Henry, Frederick Jr., Charles Remond and Annie Douglass. As activists, educators, campaigners, civil rights protesters, newspaper editors, orators, essayists, and historians in their own right, his children each played a vital role in the freedom struggles of their father. They were no less afraid to sacrifice everything they had as they each fought for Black civic, cultural, political, and social liberties by every means necessary. No isolated endeavor undertaken by an exemplary icon, the fight for freedom was a family business to which all the Douglasses dedicated their lives as their rallying cry lives on to inspire today’s activism:
“Agitate! Agitate! Agitate!”

For more information see the poster.

June 21 – “What Does the Transnational Perspective Change About U.S. History?” 🗓

Urban history has long had a strong transnational character, on account of the functions that cities historically have served as nexuses in networks of exchange, information, and human movement. This session considers how the new transnational history, by placing the city at the heart of contemporary globalization, has reinvigorated the transnational and comparative dimensions of U.S. urban history.

For more information see the poster.