Screening the Past – American Slavery in Film

Students and faculty are invited to a student lecture series on cinematic representations of slavery in recent American feature films, Fridays, 10:15-11:45 in lecture hall P1 (Philosophicum).
Historical films on slavery such as 12 Years a Slave provide fictionalized accounts of historical events and introduce audiences to the experiences of enslaved individuals in the past. In this series of student lectures, presenters will investigate significant and/or contentious aspects of a film’s reconstruction of slavery and its history.

Only very few major Hollywood films on the history of slavery have directed their focus beyond the United States. One such film is Stephen Spielberg’s retelling of the Amistad Rebellion, a cinematic representation of the often forgotten horrors of the middle passage. In this lecture, we will examine how Amistad (1997) tells a historical story of resistance and generational trauma.

Steve McQueen’s 12 Years a Slave retells the story of a free Black man who was kidnapped from the North and sold into slavery. An adaptation of Solomon Northup’s autobiographical slave narrative, McQueen’s movie depicts the horrors of the daily life of an African American slave. While many films on slavery fail to provide a realistic portrayal of slavery, 12 Years a Slave introduces the first-hand experience of Solomon Northup’s original narrative to a contemporary audience.

Harriet (2019) is the first mainstream production about the life of former slave and female abolitionist Harriet Tubman. For historical films – and in this case a biopic – it is always hard to decide between staying true to history or prioritizing historical education or offering captivating entertainment. That is why in this lecture we will examine the changes to the historical events in Harriet and how they help to shed light on the historical reality of the Underground Railroad and fugitive slaves.

The cinematic adaptation of Toni Morrison’s novel Beloved does not so much bring a realistic depiction of the living conditions and dehumanization of the enslaved to the screen. It rather explores the traumatic character of remembering slavery and bondage. This lecture will discuss Beloved as an exceptional example for the cinematic portrayal of slavery by discussing the story of Sethe and her family, and the ways their past continues to affect them individually and in their relationships.

“Selling Out Your Art”

What does it mean to say that an artist has “sold out”? Where did this expression come from, and why has it gained such widespread currency? This talk explores the history of “selling out,” which emerges as a cultural anxiety during the Gilded Age, when Americans began to worry that personal success and financial gain might come at a moral cost. We will see how “selling out” spread from the realm of “high” art in the late nineteenth century, to popular art forms like punk rock and hip-hop today.

Ian Afflerbach is Associate Professor of American Literature at the University of North Georgia, where his research and teaching focus on the history of ideas, modernist studies, African American literature, and popular periodicals. He recently completed his first book, Making Liberalism New (Johns Hopkins 2021) and has begun work on a second project—a cultural history of “selling out” in modern America.

Professor Glaser’s research focus is in Canadian Studies, Globalization and Transcultural Literature, Postcolonial Studies as well as 18th-Century Literature and Culture. Her publications include the co- edited volumes Shifting Grounds: Cultural Tectonics along the Pacific Rim (2020) and Transgressions / Transformations: Literature and Beyond (2018). Since February 2021, she has been the president of the Association for Canadian Studies in German-Speaking Countries.

Please join us for our annual Obama Lecture on Thanksgiving, where we will celebrate 70 years of American Studies at JGU Mainz, with contributions from three professors who helped shape what has eventually become the Obama Institute. In addition, we will learn more about the current management of the USA library collection and award the Obama Dissertation Prize as well as the Galinsky Prize for outstanding student theses. 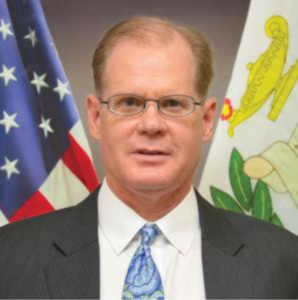