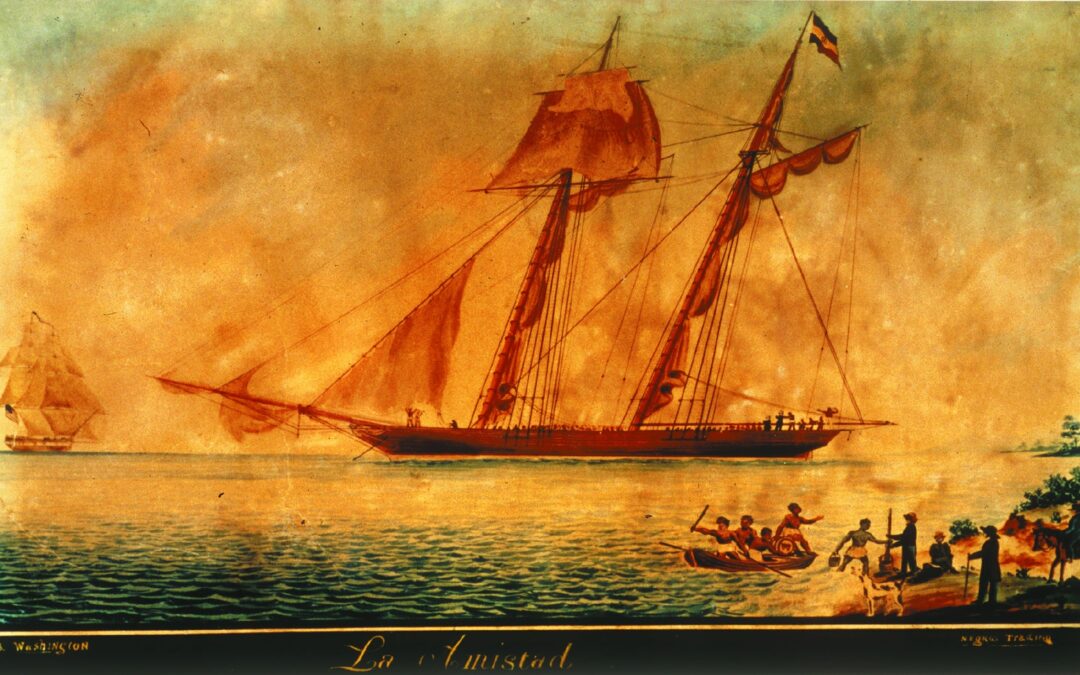 Screening the Past – American Slavery in Film

Students and faculty are invited to a student lecture series on cinematic representations of slavery in recent American feature films, Fridays, 10:15-11:45 in lecture hall P1 (Philosophicum).
Historical films on slavery such as 12 Years a Slave provide fictionalized accounts of historical events and introduce audiences to the experiences of enslaved individuals in the past. In this series of student lectures, presenters will investigate significant and/or contentious aspects of a film’s reconstruction of slavery and its history.

Only very few major Hollywood films on the history of slavery have directed their focus beyond the United States. One such film is Stephen Spielberg’s retelling of the Amistad Rebellion, a cinematic representation of the often forgotten horrors of the middle passage. In this lecture, we will examine how Amistad (1997) tells a historical story of resistance and generational trauma.

Steve McQueen’s 12 Years a Slave retells the story of a free Black man who was kidnapped from the North and sold into slavery. An adaptation of Solomon Northup’s autobiographical slave narrative, McQueen’s movie depicts the horrors of the daily life of an African American slave. While many films on slavery fail to provide a realistic portrayal of slavery, 12 Years a Slave introduces the first-hand experience of Solomon Northup’s original narrative to a contemporary audience.

Harriet (2019) is the first mainstream production about the life of former slave and female abolitionist Harriet Tubman. For historical films – and in this case a biopic – it is always hard to decide between staying true to history or prioritizing historical education or offering captivating entertainment. That is why in this lecture we will examine the changes to the historical events in Harriet and how they help to shed light on the historical reality of the Underground Railroad and fugitive slaves.

The cinematic adaptation of Toni Morrison’s novel Beloved does not so much bring a realistic depiction of the living conditions and dehumanization of the enslaved to the screen. It rather explores the traumatic character of remembering slavery and bondage. This lecture will discuss Beloved as an exceptional example for the cinematic portrayal of slavery by discussing the story of Sethe and her family, and the ways their past continues to affect them individually and in their relationships.